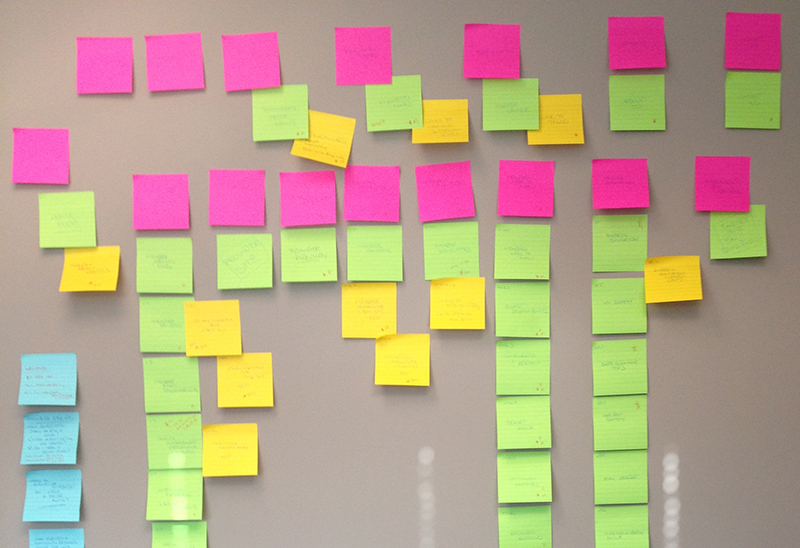 How a Humble Bulletin Board Launched Social Media

The bulletin board system of Christensen and Seuss took its inspiration from those very same bulletin boards that adorn public places, like post offices and supermarkets. Littered with formal and handwritten flyers designed to market sales and daily events, bulletin boards were, and in some places still are, the most efficient way to get useful information into the eyes and minds of people in the community.

With the notion of a digital meeting place in mind, Christensen and Seuss invented the public dialup bulletin board system in less than a month. Their system required the use of traditional phone lines to dial in during the days when any call out of area was a long distance call. This made their computerized bulletin board system, or CBBS, a locally based system – not unlike the bulletin boards at the local post office and supermarket.

Christensen and Seuss announced their CBBS to the world in the November 1978 issue of Byte magazine. But the world hadn’t quite caught up with Christensen and Suess’s vision. Our lives were transformed 25 years ago, on Aug. 6, 1991, when the World Wide Web was first made public. Without this, social media wouldn’t be possible.

It took more than two decades after Christensen and Seuss announced their CBBS before network, hardware, software, and internet technology launched the first true social networking website, Friendster, in 2000, which was soon followed by MySpace, LinkedIn, Facebook, and Twitter.

According to John Rampton, who wrote about what people will want in social media tomorrow for Inc., the trend towards mobile readiness and apps means that “social media tends to be getting more social.” Given that Friendster and MySpace are now distant memories, and the world is getting more “social,” do you wonder now where social media will take us in the future?

The image posted here shows a budding website design that my team and I developed in 2012. It’s been four years since it first launched, so be sure to check it out…who knows how much longer that design will be live.

The graphic designed by Brian Solis and Jess3 illustrates the vast breadth and depth of social media today. See it at Conversation Prism.

Finally, Wired published an excellent article by Scott Gilbertson about CBBS on February 16, 2010, the thirty-second anniversary of the launch of the first public dialup bulletin board system.